​After over 100 years of fire suppression in the Estes Valley, the forest in this project area was over populated with many trees that would not historically have been present. In Ponderosa habitats, a small surface fire would come through the ecosystem every 5-50 years keeping populations in check. Because of the lack of fire, the trees compete for a limited amount of resources (sun, water, and nutrients) and are not as healthy due to the competition.  Our goal for this project was to restore the forest back to its historic density and improve the habitat for the enjoyment of both humans and animals.
​
​Benefits
Learn More: MacGregor Ranch Forest Restoration Project 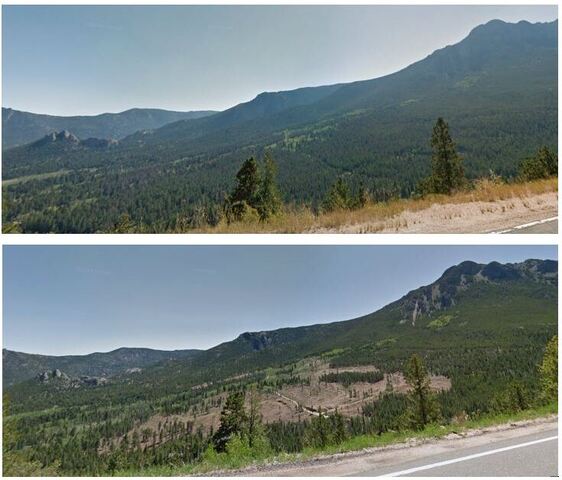 This ~200 acre project was completed on the Cheley Camps of Colorado's main summer camp property. This camp hosts kids of all ages for a wide array of outdoor summer activities. The forest is composed of Lodgepole Pine, Douglas-Fir, Ponderosa Pine, and Quacking Aspen. Historically, the site would have contained a larger proportion of Ponderosa and Aspen than current conditions allow. Due to modern-day fire suppression, the Lodgepole Pine and Douglas-Fir was enabled to encroach on the historical forest types and essentially take over. This site had a very high risk of a catastrophic wildfire occurrence.

​The mechanical forest treatment completed on the Cheley Camp's property has benefited the entire Big Thompson watershed, including the town of Estes Park. By removing heavy fuel loads and working to bring the forest structure back to historic conditions, the Conservation District was able restore species composition and tree vigor, enhance wildlife habitat, and mitigate heavy fuels loads to reduce the risk of wildfire spread.
Benefits
Cheley Camps of Colorado (Phase 2) 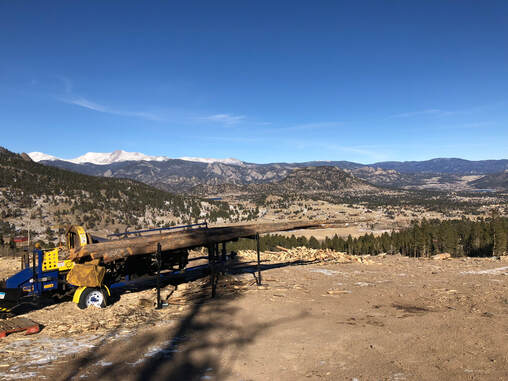 The second phase of the Cheley Camps projects began in the fall of 2020. This area is located directly beneath and differs from Phase 1 by way of a flatter terrain and a drier Ponderosa ecosystem. The primary resource concern is the bounty of trees affected by Dwarf Mistletoe. Additionally, this area lacks species diversity as it consists mostly of Douglas-Fir which are heavily infected by Spruce Budworm.

This project is located within the Lake Estes Huc-12 and is expected to restore functionality and vigor of the forest and reduce the effects of severe wildfire on the Lake Estes drainage. The secondary treatment will consists of 1 15-acre treatment unit located within the Fox Creek drainage, adjacent to the town of Glen Haven. The goals with this project reflect those of the treatment on the main property.

A FACT SHEET for this project can be found in the Watershed Health Outcomes Tracker hosted by our partner, Peaks to People Water Fund. The project fact sheet contains information such as Predicted Change in Fire Behavior, Targeted Performance Measures, Budget, Project Themes and more.
Pole Hill
Shown below is imagery comparing forest density in this area between 1938 and 2017.  You can see a dramatic difference caused by years of fire suppression activity.
Husted Ranch
Meadowdale Ranch 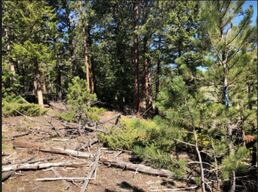 Meadowdale Ranch before
Meadowdale Ranch is a project consisting of three landowners located right off of Highway 36, next to Hermit Park open space. A good chunk of the properties on this project focused on meadow restoration. Due to years of fire suppression, young trees remain in meadows that would normally have been removed by periodic fire events. To combat this, the Conservation District pushed the meadow and forest boundary back to its historical position using evidence on the ground as well as historical imagery. Like much of Estes Valley, species composition was a concern and Douglas-Fir and Spruce were in higher density than historically present. In the absence of periodic fire events these species will out compete Ponderosa Pine and Aspen, leading to a resource concern.

Meadowdale Ranch after
Hell's Canyon
Hell's Canyon is a forest service road off of Highway 36 that definitely earns its name. A project was completed at the top of this road totaling 71 acres treated. The challenges of this road made this project unique and we had to get creative with ways to get material off of the property. A combination of stacking a log deck and masticating smaller trees and stumps was chosen. The main ecological concern for this property was Dwarf Mistletoe, which is a parasite that multiplies rapidly and causes a hinderance of growth and seed production. Dwarf Mistletoe leads to mortality in affected trees. The parasite also commonly causes "witches broom",  which is a clump of abnormal branching resembling the bottom of a broom. Given the large quantities of affected trees, a large area had to be cleared to restore the forest back to a healthy state.